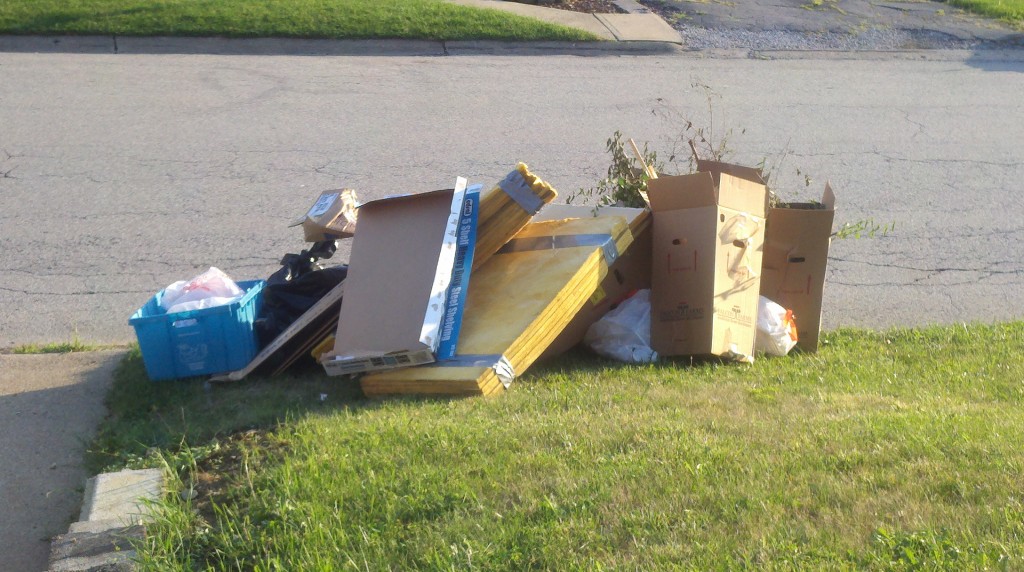 Well today is trash day, well actually trash throw out day since they come around tomorrow do to the pick up. Today I have ceiling tiles from my back porch to get rid of. They are so old and are so scratchy when they touch the skin.

Also small branches from the trees that I had to prune. And it’s recycling day also.

Below is a picture of how old and faded the ceiling tiles are. Definitively time for new ones, which is great since I’m remodeling.

I didn’t notice it when I was buying the house but here it is. I removed a tree because it was tangled around in it and actually pulled the connectors off the neighbor’s house. I just don’t know how to go about having this wire removed from above my property.

This sucks. I can’t fly a kite in my yard or do anything over twenty feet in the air. 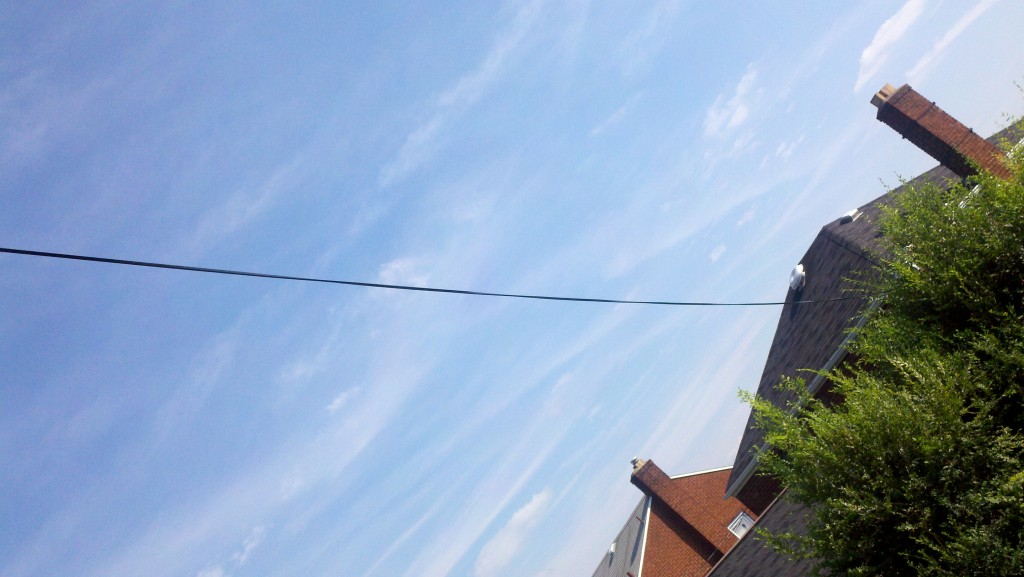 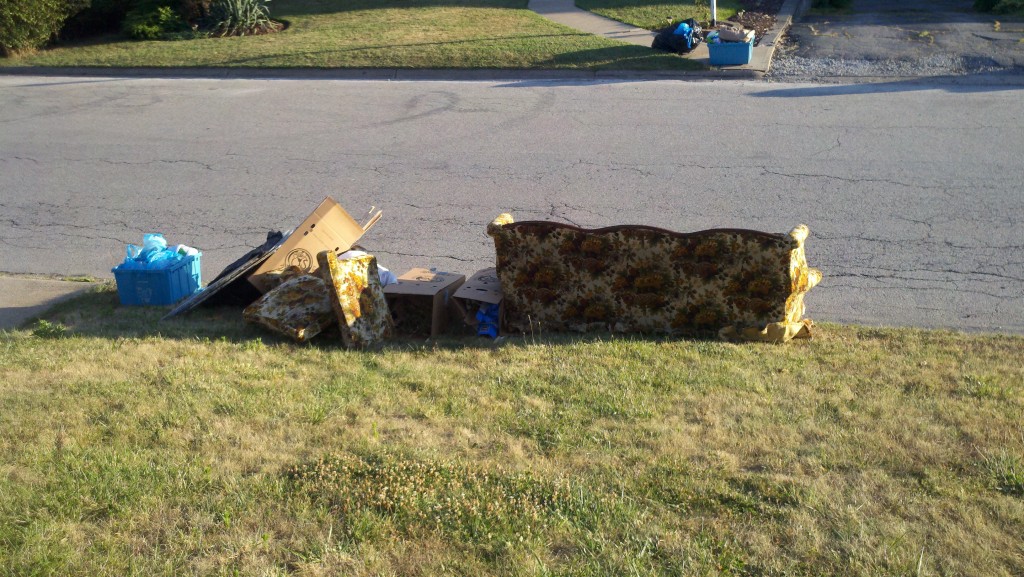 Trash night a few weeks ago. I threw out a couch that came with the house. It was huge. I had to cut the legs off and break the back of the couch to fold in a little so I could remove it form the home. I originally thought the previous owners made some doors smaller once they got it in the house or something but I talked to a neighbor and they said the owners actually took out a window to get it in the house!

Now with all that said, guess what? It never made it on the corner for pick up. In the middle of the night it vanished.

Well today looking at their website showing they had a lot of people showing up but noting of substance as to anything really happening yet. Athough since evertying is in French I can only use Google Translate to see what the site says and not the pdf files of the actual documents they have posted.

Nothing on their site say anything of why they are not using the back yard.

Either way I wish them luck in their endever and I’ll be checking back on them.

Wow! I know my area has some codes as to what I can and can’t do with my front yard. This one they have is interesting. There is a family in Canada that has gone green with living. They are growing their own food. They made a garden out of their front yard. The problem is this:Where they live it’s reported that only 30% can be for a vegetable garden. I hope they ask for the definition of what is a vegetable since there are several.

Also July 22nd between 10am and noon they are having a “bed in” to protest this rule.

Note I’m really not sure after seeing the full grown plants it kind does look like an eye sore but then again part of me sees it as nice clean living and living green. You know everything is pushing us to live greener which in turn means more free. So this is a price that is to be paid.

I guess people just have to learn what the new beauty is when living greener.

Tree Removal. I kind of liked the tree but it had to go. It had the neighbors telephone line in it. So had that removed and another tree removed and a tree capped.

The whole process was a pain. I called five, yes five, diffrent places to come out and give me a quote. I had two that never showed. One that wouldn’t meet with me he showed up and left a written estimate. Two that showed up for me to show exactly what I wanted and they gave me a quote.

The one that left me a written estimate. Of course he got what I wanted wrong on, since I had to tell the person on the phone, not him directly, what I wanted and he came buy and figured out on his own what he thinks I wanted done.

The two that showed up. The first of the two was a bit strange and he gave me a quote. The second of them showed up and was very business like and quoted everything out. The tree cut down cost, the remove cost, the cost if I wanted the roots ground up (which he recomended not to since it was holding up the hill and told me to let it go until the ground plants took in so the hill side didn’t wash away.) so I went with this guy.

They came and in about 45 minutes were done. Total of 2 tree removed and one tree capped.

The first few pictures show how it looked before, then after the cutting and the last few are how the area looks now since I built up the wall on the back hill side. 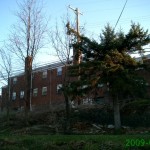 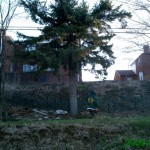 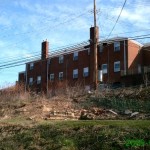 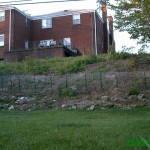 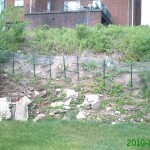 Well I just got this site and I’m getting it ready so nothing really to show yet. I hope to have my story of how I became a home owner and in turn how that turned me into a home moaner.

Some things I plan on having is how I came to own a home the 3 year story of how I looked and finally found my home, the process I took to buy it and all the fun things that I have been doing with my home.