Since I was talking about what the inside ceiling of the roof looked like I figured I should show you the roof from when I bought the house. 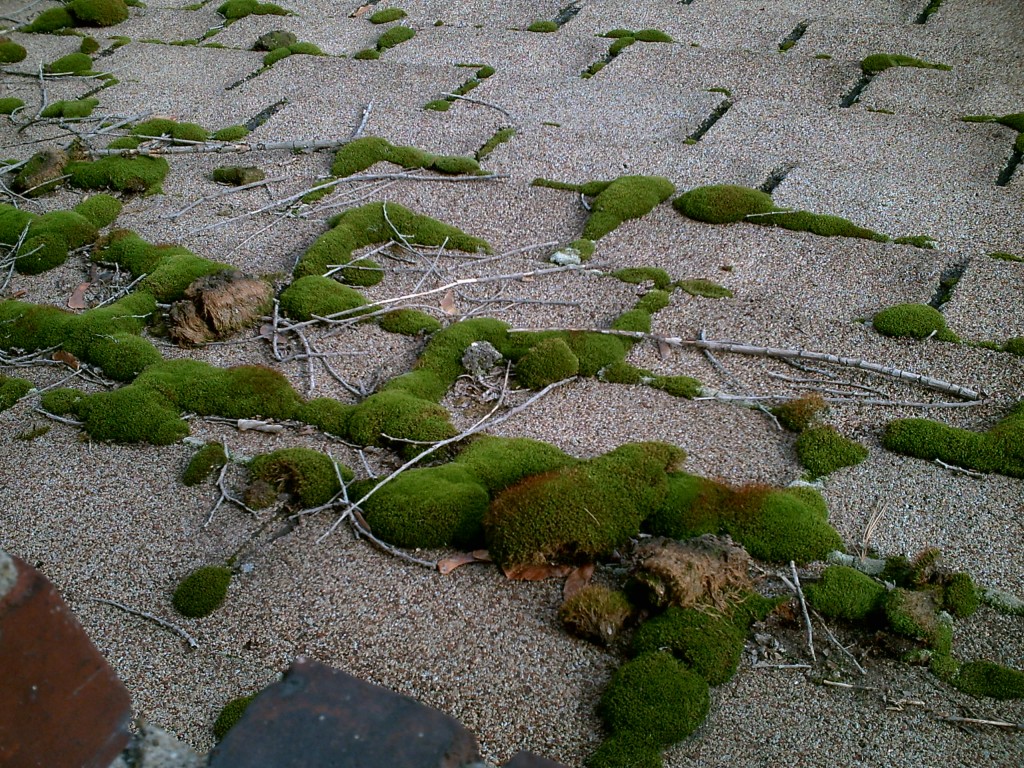 Back porch 2006
When the guy did the inspection I was a little worried when he went on the back porch roof to get to the main roof. The video below shows him going to the roof, and it also shows all the moss on the roof. Yep the porch roof would be one of the first things that needed replaced.

The back porch. When I first bought the house the back porch was one of the things we were planing to remodle. The first thing we had to do was to replace the roof.

Next after saving up again because noticed that the side walls of the outside of the proch were deterorating. So had to have them redone. So since need to have them redone we had the siding put around the whole back porch.  I have no idea why when they where putting siding on the back front of the porch they didn’t just put siding aroudn the sides. What they had was painted particle board. Yep you heard me. Particle board. So at the same time we decided to have the side windows removed (figured for heating/cooling issues since room get real cold in winter), and new double hung windows replacing the single pain windows on the back. As all the pictures show.

This leaves us now with the inside of the porch that now has to be done.

Oh I forgot also the patio I wanted to build.

Here’s what the roof looks like now. This picture is in the middle of a remodle. New roof, siding, windows, landscaping, etc.

What the heck is this. If you look at the picture you can see they nailed the tile corners together of each and every corner of the ceiling tiles. I noticed this while painting the brown ceiling rails of the false ceiling they had. It’s the first coat of white on the rails.

The picture is taken from me the view point of me laying on the floor taking the photo at a slight angle so we can see most of the ceiling. The ceiling kind of looks like the wall but it is in fact the ceiling. To view the picture tilt your head to the left. Click on the image below to get a bigger view of it.

You really have to think to yourself: What where they thinking? And more importantly what should I be doing about it. Looks like I’ll have to rip that down and put insulation on the ceiling. When I had the roof put on no insulation could be placed on that side. 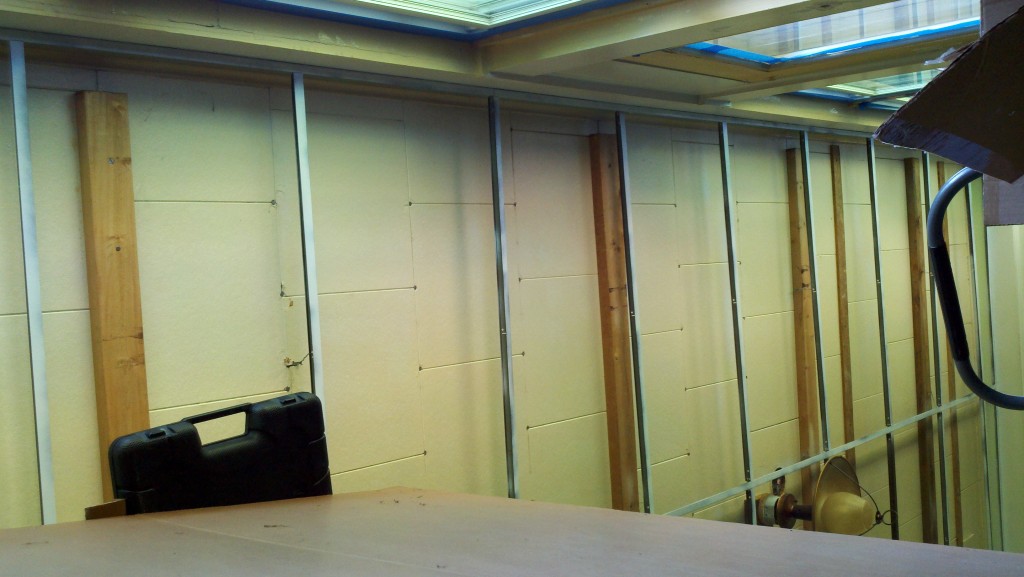